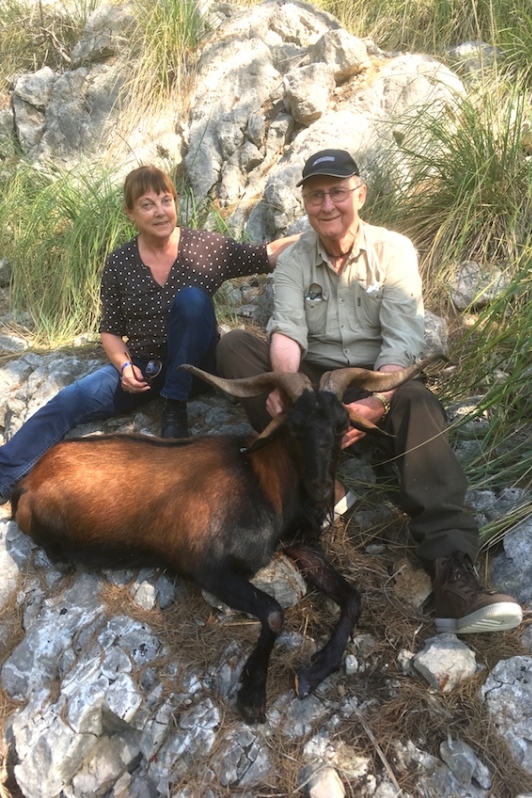 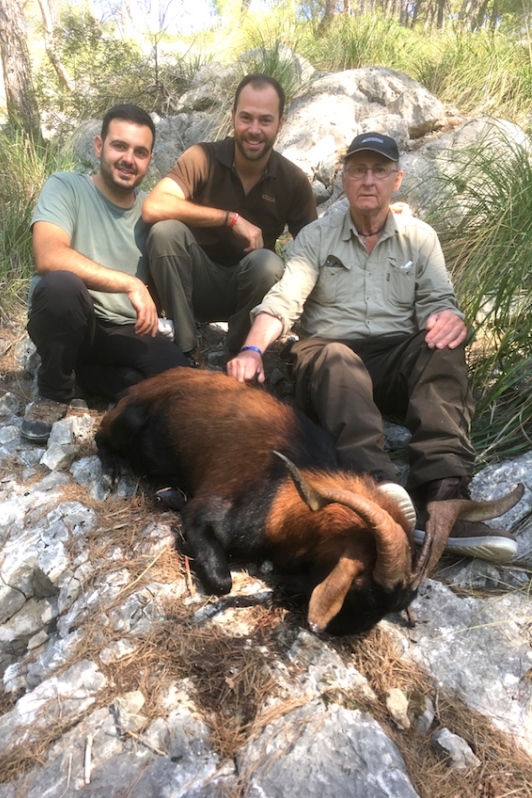 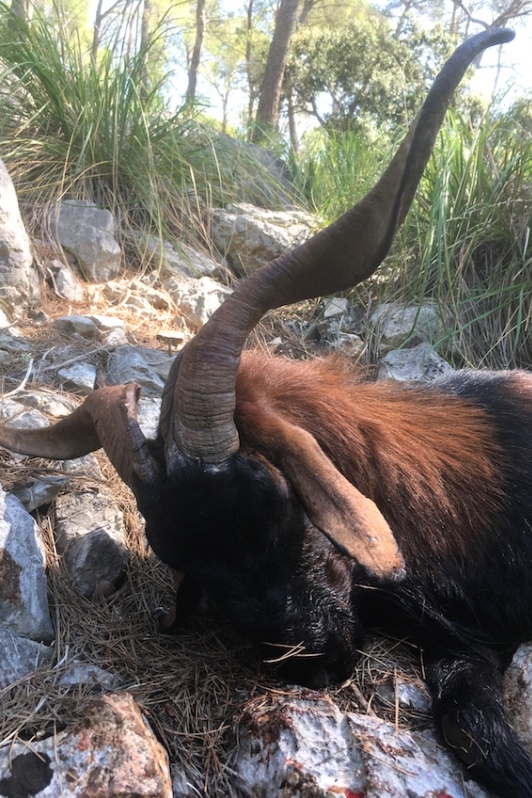 Dear Henrik,
as I told you yesterday, I come to explain a bit more about yesterday's hunt:

I picked the couple up at 7am at their hotel. At the beginning we planned it sooner but actually it doesn't begin to get light up to 7.30h, so it was a bit stupid to start earlier.

Once at the hunting area we checked the rifle and went out to hunt. As you told me -and he insisted to me-, he couldn't walk for miles. Then, we run some paths looking for a good opportunity. Very soon appeared a nice representative but when we were valuing his quality, the animal runaway, so the story finished here. Then, we continued up to the Cala Figuera (a nice cove) where a nice representative-bronze is living. Unfortunately, when we got there a couple of divers where getting ready and the animal kept the distance with them. We doubted about going after him or not, but we were afraid to try to get closer and once there, the animal started to run. If it happened, Finn was going to get tired and we declined this option. In fact, there are many representative animals on this area, so we were sure to find another one.

Nevertheless, the things went different. Obviously, we were managing a non-typical hunt, because here we had to wait to the animal moves, instead of going after them. Then, we checked different places but the animals were bigger (bronze or silver) or young males. Then, we continued trying to find our opportunity.

We went to the house, had a cup of coffee and, then, Finn told me that if we found a bronze medal, he was keen to shoot him and, even, if a silver medal appeared close to him, he was also keen. So the instructions were clear.

Once again in the car, we went directly to an area where usually a group of animals comes down, and we found some animals. There was a big group with a few males: a some young ones, a bronze and a silver. They were not so far, even just 40 meters because there was some females and the rut season is about to start (is the early beginning). We told him to shoot the bronze but he aimed slowly that the animal went out of our reach. Nevertheless, the silver was following and fighting because a female heat, and after asking Finn about this trophy, he decided to shoot him. He shot once and the animal was down.

It was a pretty nice animal. Actually, and trust me, one of the best I have ever hunted in the area. The size was more than right, but the shape was extraordinary. So open and wide... Even, he was dominant in the group and had a big crack was on a horn. I let him know about how beautiful was his animal and he got really happy.

At the first moment, I thought that it could be even a gold medal, but after measuring, it was definitively a silver. A very nice silver! Please, find some pictures attached.

We went to the lodge where we had lunch and we toasted a nice hunt.

Now the trophy is in the fridge and I will send it to the taxidermy very soon in order to get started and have it ready as soon as possible. I think it could take 3-4 months depending on how much work the taxidermist has. Anyway, it will be a nice work, for sure.

I look forward to hearing from you – pleasure working with you!

All the best,
Luis